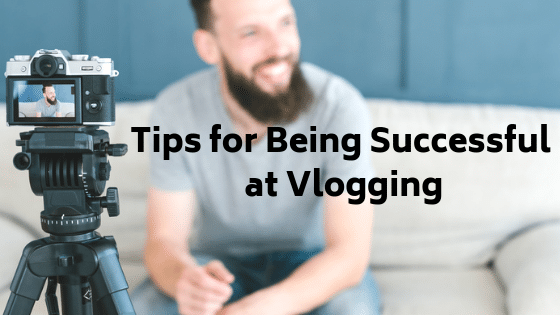 Before explaining the schematics of forging a career in Vlogging for yourself, I want to tell all of my readers that with you guys lay my respect and honor. Stepping out of the mainstream and going against the flock asks for a big deal of courage and relentless dedication. If this article here gives you even the smallest possible assistance in achieving your ultimate aim, then I’d be greatly honored.

Well, let’s move on to our subject matter, “Tips for Being a Successful Vlogger”.

When viewed from a pragmatic point of view, it might seem like a hefty task to gain a few thousand or more loyal viewers of your content.
Coming to ground zero– So you have left your job, gone against your relative’s advice on this, have ignored the rants of your friends stating that it just will not work out for you, and are irrevocably determined to make it big.

What still stands in your way is a bunch of interrogative indicators namely – “HOW to DO I…?”, “WHAT IF…?”, “WHY WILL THEY…?” And I dare not blame you guys for allowing these little psychological thought-clotters to come to your mind. That’s reality my friend; nothing other than that.
What I will dare to do with all my might is get rid of your doubtful approach to VLOGGING through the means of basic yet the delimiters of the status quo.

To begin with the tips, I would first break the entire process into two sub-sections:-

And before we dive right in, let me tell you that I am no Vlogging aficionado or something like that; with a less-than-considerable amount of vlogging experience. BUT, as you guys are about to see, one must learn what one can achieve with the help of keen observance of the way things are.

Trust me on this one ladies and gentlemen, for I speak nothing but what reality whispered into my ear. If you think that using a not-so-clear camera along with your smartphone’s microphone is bound to be perfectly fine, then you are wrong mate.

Viewer’s dissatisfaction hurts your reputation and ultimately has a toll on the content consumer’s consistency towards your content. Answer this simple question of mine – “Which one of the following do you want to be dominant in your vlog – Your knowledge-pouring voice or your neighbor’s raucously barking dog?”
I expect you to not answer the question and implement what I’m trying to say here.

I will strongly insist on using audio editing software, which by all means, will make the dog’s presence disappear from the audio.
Whether you want to do the editing on your Windows PC or your Android smartphone is dependent entirely on your discretion. The software which I’ll recommend for Windows PCs is ‘Audacity’ and the one for Android users is ‘Wavepad’.

Best Camera with A Flip Screen:-
As for the camera to be used, it’s highly advisable to use flip-screen cameras for vlogging purposes for apparent reasons. For this, we got two strong yet highly distinctive devices contending for the “Best camera for vlogs” title.

The first one, for the deep-pocketed members of our community, is Panasonic’s LUMIX DMC-LX10K. Donning a 20.1 MP 1” MOS Sensor, the Lumix is capable of shooting 4K videos even in low-light along with its flabbergasting F/1.4-2.8 ensuring that the ugly guy is in the background gets blurred out.
The next one though, may not deliver as much as the LUMIX, but it sure does give other cameras in the same price range a run for their money. YISENCE’s Digital Camera Camcorder packs a heavy punch for a relatively super-reasonable price.

Fitted with a 24MP Sensor, the YISENCE comes loaded with a bundle of features like anti-shaking, face detection, and smile shooting.
What puts the YISENCE way out of the league of other similar standard cameras is its immunity to dust and rain to ensure outdoor adventures along with an SD Card slot patched up with a 2.0 USB Port for charging and data sharing.


There are two broad ways in which this process of selection can be executed.
The first one, go right after the flock and create a YouTube channel straight away. And why shouldn’t you? It is the world’s largest video-sharing platform with more than 1.3 billion users globally!
Your supposed struggle will last only for as long as you do not become a famous internet celebrity with thousands of subscribers backing you up.

But wait a second. If there exist more than 1.3 billion users, then there must be an equally high proportionate number of content publishers, right? Yes, right. While being surrounded by so much potential and competitive adversaries, it gets a little tough to stand out from the herd. What next then?

It is simple. You do not go after ONLY YouTube. Don’t even think of ruling YouTube out of the discussion. But, make sure you find yourself another promising or aspiring video platform that will pay off for your hard work.
To state an example – “If a video-gamer wants to vlog himself while playing so that other people can also see what he is good at, then where should he go? YouTube?Maybe. Twitch? Hell yeah.”

The reason is simple. You won’t have to filter out your audience. You will come across only game lovers who are there for only one strong reason. They want your type of content. And you might just get lucky by satiating their content demand.

“Choose your audience wisely”. And when I say that, I expect you to adhere to your common sense. This aspect is highly sensitive to age groups for an ostensible reason. You not only need to figure out which piece of the jigsaw fits where, but also check if it helps complete the final picture.

One wrong decision and all your efforts will go down the drain in their entirety.

Add vlogs in your blogs –

This, according to me, is the easiest hack an aspiring Vlogger can use to bring value to his content and valuable viewership at the same time.

It’s a pure no-brainer, yet I’ll go ahead and narrate an example for you –
Suppose that you are a ‘Travel’ blogger who travels and writes about his/her experiences. You have had your blog up and running for quite some time now. So what you can do to implement this little trick is that you film yourself extensively on your trip and add it to your blog. As simple as taking a leak. The key to success in the 21st century is diversity. Who would have thought that Investment Banking giant Berkshire Hathaway will sell a product by the name Duracell.
It’s all fine if you find yourself in a monotonic spot with only intricate differences in your topic choices. After all, adeptness is a thing too.

But bringing in variety and quality in the same basket will naturally expand your viewer base. It will not only help you augment your knowledge database, but also give the audience an anticipatory lead to hang onto. This luring-with-variety will ensure their return to your content which is all you want.

Be aware of your choices and listen to your heart. This is the last place where you’d want to make a wrong choice yet in most of the supposedly failed Vlogging careers, this happens to be the genesis of all blunders. Vlogging isn’t all about practice. You might rehearse in front of the mirror and not forget your lines while taping all of it.
But yet again, if you think you might forget your lines then are you even an expert? Think over it. Also, avoid picking something outrageously outdated unless you’re confident about your resurrecting performance.


Set goals for yourself and keep them down-to-earth. Don’t pick someone flamboyantly out of your league as your competition for ostentatious rewards. It won’t work out.

A 12-year-old YouTuber asked Gary Vaynerchuk what he should do to promote his channel. Upon being asked what his short-term goals are, the kid confidently said, “I want 100 subscribers by the end of the year.” Well, he sure got them after that conference, but what is in it for us?

Focus on how a 12 YO knows that getting  94567 subscribers in a month is just a noob’s wet dream. Get yourself as much equanimity as you can and setting realistic goals won’t be a problem anymore.

Offer to do free webinars on topics which you specialize in to promote yourself among the public. Over-deliver in at least the first ten to fifteen videos, you publish. Do not express sheer condemnation towards something which either isn’t completely understood by you OR falls way out of your league.

It is an utmost requirement to ensure a healthy response to your viewers through comments, messages, and even dedicated videos. This has, since the beginning of time, been an outstanding way of raising your rank in people’s preference list.

Come out as a sociable person who doesn’t dislike getting disliked. Don’t ever lash yourself out swearing at people even if you didn’t like their comments at all.
If everything went the way you want them to, wouldn’t it be Utopia then?

Try not to stammer in the video. Take as many retakes as you have to to obtain a perfectly appearing masterpiece. Remember, this isn’t an extempore.

Keep your talk simple and avoid technical jargon to the farthest extent possible. While explaining, sort out simple and obvious examples which are extremely relatable for the viewers. This ensures better comprehension and indirectly builds viewer loyalty. Razer Nari Wireless 7.1 is the best headset for big heads and vlogging.

Always end with a conclusive example as it safeguards all the info that you just fed your audience.
And don’t forget to emphasize upon leaving their feedback through comments. 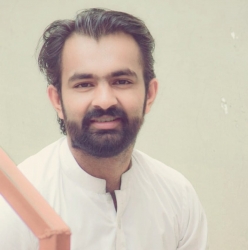 Usman Mani
Content Manager at Vlogging Camera
Md. Usman is a tech enthusiast with an experience of over 10 years in the field of affiliated marketing. He used both of his passions to come up with engaging content that's authentic, compelling and helps users buy the best products online.