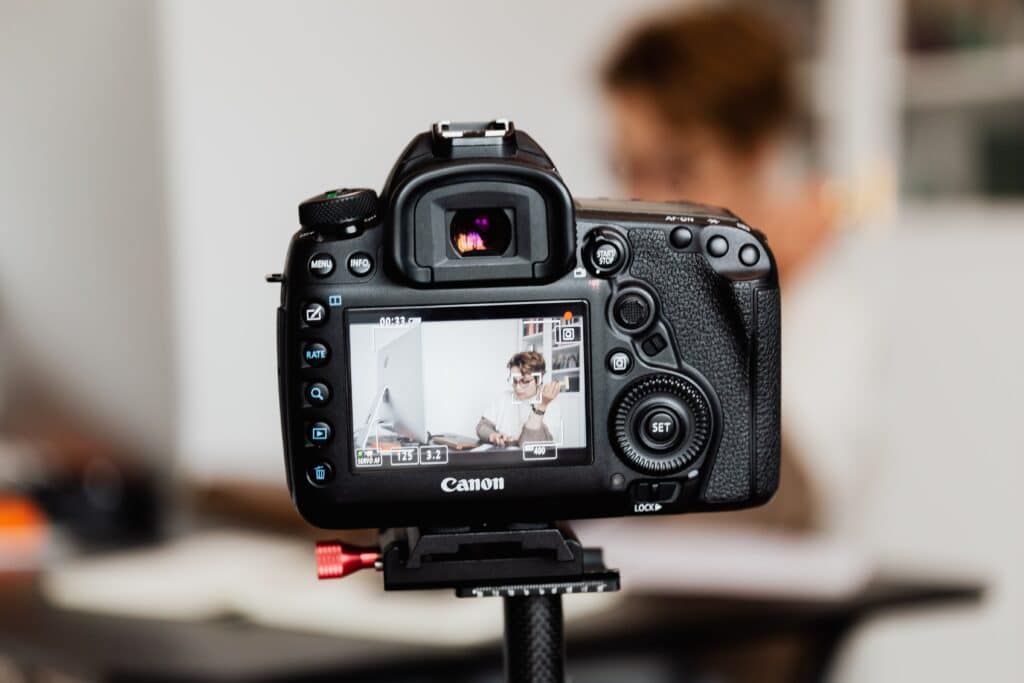 If you’re a beginner, one of the required features in your camera doesn’t need to be 4K video resolution. Not because you shouldn’t make 4K videos but rather because it’ll most likely require an investment you might not be prepared for if you’re starting. That being said 4K is the popular choice of today’s established vloggers but having a Full HD resolution at 1080p is more than good enough especially if you’re just stepping into the world of vlogging. That doesn’t mean that you overstep it an investment in a camera that has a max resolution of 720p. Remember, invest in gadgets that you will not have to update after six months, and with the availability of 4K cameras in the market, disregarding the best features of the vlogging camera, if it has a 720p resolution, it is most likely that the camera will be considered obsolete tech within a year.

Being a vlogger, light is a very important part of your video. You will come across many scenarios where the light of the scene will not be enough, in these cases, the feature of the camera you rely on is the ISO. The ISO is synonymous with low light performance features of your camera. The high the ISO, the more your camera is sensitive to light and the lighter your camera will capture. However, it does come with a downside. With increased ISO in your vlogging camera, you will also find an increase in the noise and grain in your video. This means that you will notice a reduction in image quality so if you push the ISO too much, the image quality will decline significantly. You might find cameras that are light sensitive and change the ISO settings with their luminosity sensors (how much light the camera is receiving). However, if you’re aiming for a low budget as a starter, choose a camera where you can manually adjust the ISO settings where there is a fine balance between the light, noise, and grain in the video. The choice of the lens doesn’t start with choosing the lens. Strange, right? We say this because your lens selection is dependent on which camera you choose. If your choice of cameras is restricted under the compact camera options then you are bound to choose only from the lens that comes with the camera itself. This limits your choices. This is why many vloggers prefer mirrorless cameras or DSLRs. The reason is that with these choices you can choose between multiple lenses available in the market. Again, the available options between mirrorless cameras and DSLRs are dependent on which camera you choose out of the two. But with both of these options, you can buy a lens that matches your choice of what kind of vlogs you wish to make. Remember that the DSLR or mirrorless camera does not always come with a lens, sometimes it is sold separately. So be careful when you are buying a camera and make sure that they are selling both the lens and the body.

This is the best variable you can use to narrow down your choice between all the available vlogging cameras when you are analyzing the best features of all the vlogging cameras. Mainly because this one specifically is a deal-breaker. If you are a vlogger, video autofocus is essential, if the camera you are looking at does not have this feature, stop looking immediately. Manually focusing your camera can be a complete nightmare and a complete waste of time, ask any vlogger. Many of the mirrorless cameras and DSLRs have an autofocus feature but be especially careful when you are looking at older versions or compact lens cameras. Remember when we said do not invest in tech that’s on the verge of being outdated? This is one of the reasons why. This might seem contradictory to you at first but trust us, when you will make your first vlog you will understand what we are talking about. The audio in a vlog is more important than the video. Your audience might be okay with watching a 720p video with good sound quality but even if your video resolution is 4K and your audio has a lot of noise in it, you will find yourself having a lot of negative feedback from your audience. If you are starting your journey, make sure that the best feature of the vlogging camera you select is that it has an external mic jack. You can buy the Rodeo VideoMicPro for an external mic attached to your DSLR or mirrorless camera. It’s one of the most popular external mics among vloggers so using this, you should be satisfied enough with the audio quality of your vlogs.

Why do you need a camera with a flip screen? It seems like an unnecessary feature at first right? But when you’re vlogging having a flip screen camera makes life so much easier for you. One of the reasons is that you can view what you’re shooting at the same time as you’re recording your vlog. This not only makes sure that your shot is aesthetic but also keeps in check the exposure, focus, and light settings of the scene you’re shooting. Having a flip screen also means that you will be able to keep a check on the audio levels of your vlog, however, there are a few cameras out there that do not have this additional feature so make sure that you thoroughly go through the best features of the vlogging camera you choose before you make a purchase.

Portability becomes a great factor when you are vlogging but that also depends on what kind of vlog you’re looking to make. Will your vlogs be recorded from a desk or a static setup or are you planning to travel a lot while you’re vlogging. If you’re choosing the latter then you must prioritize a lightweight camera. Otherwise remaining in a green zone, and getting the camera that’s the best of both worlds in terms of features and portability is always a safe option. Keep in mind that there are cameras out there that do weigh a lot. For example, the Canon 7D Mark II weighs about 1 kg, and that is without the lens. The lens of the camera usually weighs about or sometimes even more than the camera itself, so collectively you’ll be carrying equipment weighing 2kg for long periods if you choose to vlog your travels with this camera. That is not a smart choice. Having a lightweight camera means that you will not tire yourself out during long shoots and it won’t potentially stop you from doing something, always a wise choice to go for. You will find many lightweight cameras with the best features in a vlogging camera that suit your purpose and your creative choices.

Just like portability, when you are vlogging you may come across many instances where you’ll have to place your camera somewhere and sit and talk to the camera itself. In such scenarios having a camera that is compatible with a good tripod is essential.

Let’s say that you making vlogs on your daily life or travel vlogs. A camera with a handle will make it easier for you to hold the camera further away from you. What this will do is help you add different effects by orienting the camera in different ways. Let’s say you have a wide-angle lens, in this case having a camera with a handle will help you get more environment and background in your shot. Simultaneously, if you can hold your camera further away from you can use the feature of the longer focal length in your camera that will help you have a lesser distortion in your shots. There are a few cameras that do not come with handles and that are not compatible with many tripods, it’s smarter if you eliminate those options first as it limits the variety of shots, you’ll be able to shoot with your camera even if all the other features of the camera allow you to do so.

So, we have gone through all the essential features you should look at once you are choosing your vlogging camera to begin your journey on YouTube. To recap, these features include the camera being lightweight, it very much should have a video autofocus feature, it should have a great ISO performance even if the ISO is manually adjustable and it’s much convenient if it has a flip-out screen to monitor both audio and video in your shots. Keeping in mind all of these features, we have listed down a few cameras you might want to look at. Canon G7X MKIII, Canon EOS 80D, and Sony a7S II. These three cameras have a very high satisfaction rating among vloggers and have most if not all of the best features in a vlogging camera we have pointed out above. That being said these are the best affordable vlogging cameras you will come across. They are known in the market as some of the best vlogging cameras for beginners.